A new star shines in the Piedmontese gastronomic firmament, the second one for Locanda Sant'Uffizio Enrico Bartolini, which rewards - once again - the talent and flair of Resident Chef Gabriele Boffa.
A prestigious goal achieved four years after the 1st Michelin star, celebrating a signature cuisine - a true hymn to Italian biodiversity - innovative but also inspired by tradition, creative but always authentic and faithful to the territory.
These are two stars with a local savour, achieved thanks to a powerful gastronomic concept played on the measured alternation of remembrance and modernity that conquers for its skilful use of Piedmontese excellent products and the seasonal treasures that this rich and generous land may offer.

Immersed in the enchanting backdrop of the hills crossed by the Monferrato vineyards - in what was once the monastery's lemon garden - and driven by noble principles such as genuineness, seasonality and continuous experimentation, the Locanda del Sant'Uffizio offers a memorable fine-dining experience.
Embellished by the historic Italian garden, La Locanda features an authentic contemporary Italian cuisine, able to explore with originality the enogastronomic scenery of the bel Paese and paired with a sophisticated wine list of Piedmontese, Italian and imported finest wines, with over 300 carefully selected labels housed in the "Wine Theater", the prestigious wine cellar of the Relais Sant'Uffizio.

Born in 1979 in Castelmartini, Tuscany, Enrico Bartolini discovered a strong passion for food and haute cuisine at a very young age. At only 29 years old, he is one of the most talented and interesting young chefs on the Italian scene and won his first Michelin star, followed by a second one after only 2 years, at the same time as three Gambero Rosso forks and three Hats from the Espresso Guide.

In 2016 Chef Bartolini is the only one in Italy to be awarded four Michelin stars in one fell swoop for three restaurants including the refined GLAM, at the exclusive Luxury hotel Palazzo Venart, a Venetian hotel belonging to the LDC Hotels & Resorts group. In November 2022, Enrico Bartolini climbed onto the world podium as Italy's most awarded chef, achieving a record 12 Michelin stars, including the second for Locanda Sant'Uffizio.

Thanks to a winning combination of creativity, professionalism, perseverance and passion, his is a personal and entrepreneurial path in constant ascent in the world of haute cuisine, introducing to an international audience his gastronomic thought inspired by 'Contemporary Classicism': tradition blended with innovation and a modern approach to ingredients and techniques. 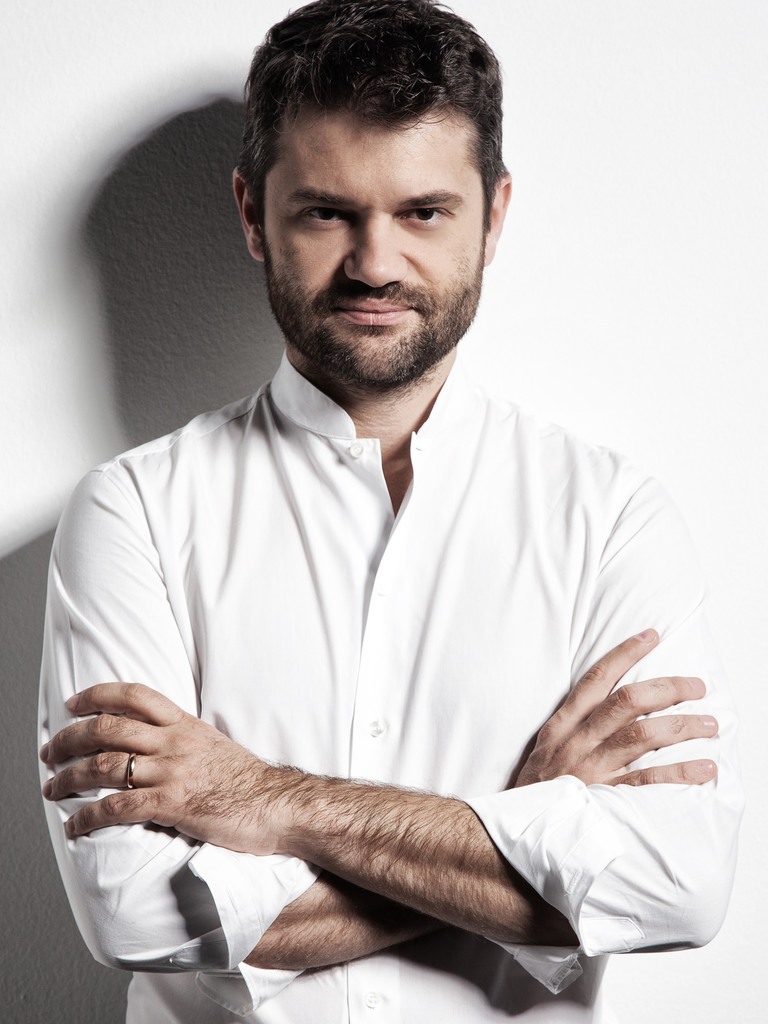 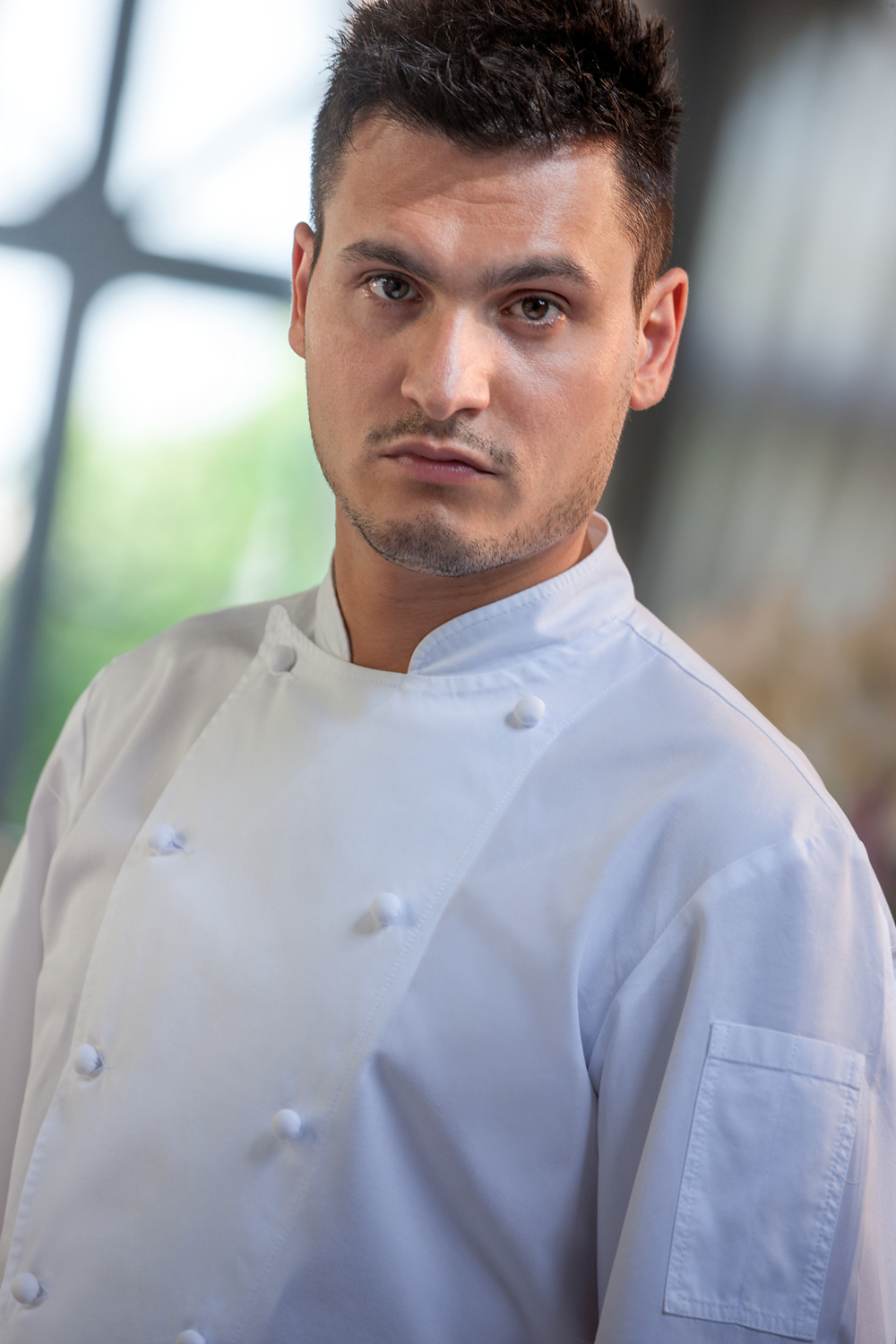 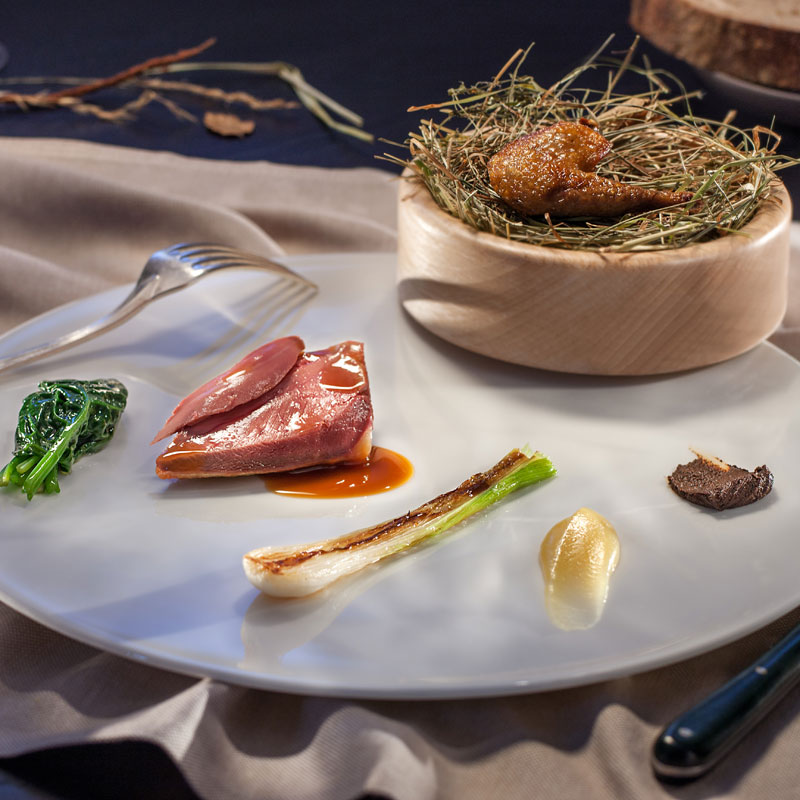 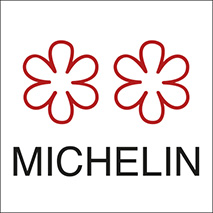 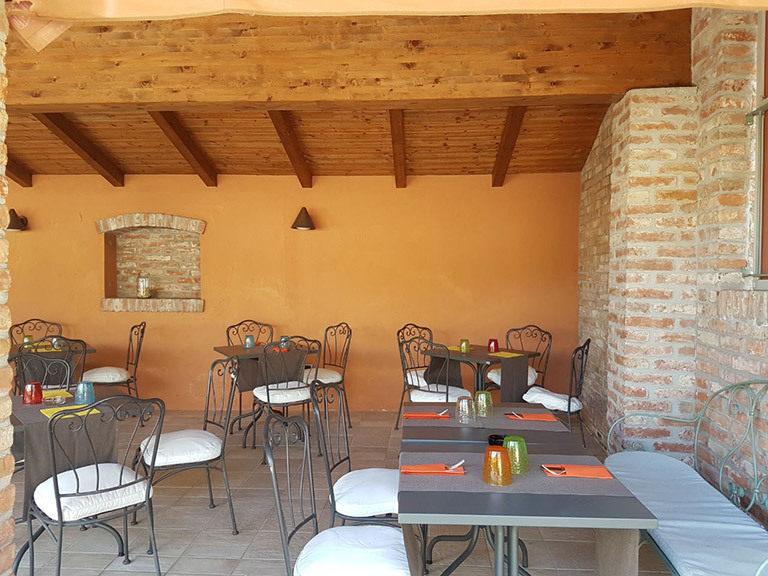 Between May and September, the outdoor pools at Relais Sant’Uffizio are open for all guests to enjoy. This means the fabulous Pool Bar is also open, serving delicious snacks and drinks. The Pool Bar serves a delightful light lunch menu, which includes salads, sandwiches and a selection of main course dishes. Wines, beers, cocktails and spirits are also served from the bar.

When the pools are closed or when the weather is less than perfect, there is an indoor bar available for guests’ use. The Limonaia room will also serve light lunches and drinks throughout the day, opening at 12:30 pm after breakfast service has ended.

World-renowned for its fine white truffles, the sophisticated cuisine and the fabulous wines of Monferrato and Langhe, the Piedmont region has proved to be an ideal venue for gastronomy enthusiasts.
In the exclusive scenery of Relais Sant'Uffizio, set in the heart of the region, Enrico Bartolini's talented team - led by resident chef Gabriele Boffa and Maitre Francesco Palumbo - re-interprets tradition with his unique touch of modern and crafts a contemporary style menu exalting the precious products ​​of the territory.

The Monferrato region is known across the world for its production of the finest grapes, which are pressed into some highly prestigious wines. Locally grown Barbera d'Asti, Grignolino and Barolo are poplar choices in our restaurant La Locanda, and can be discovered by guests during tasting tours. In the hotel's bars, the wine theater stocks over 300 regional varieties, including fine French champagnes and deep Italian reds.

Private tours and sessions can be arranged with Maitre, who is Relais Sant'Uffizio's resident wine specialist. Guided tours for couples and groups can be arranged on request and are included in many of our exclusive guest packages.