This ancient house in the heart of Monferrato is surrounded by vineyards and pretty red brick villages, tucked away in the green hills all around. These places evoke sixteenth century atmospheres, when the guesthouse was a monastery and belonged to the Inquisition tribunals, venue of the Dominican Inquisitor of Casale, that depended directly on the Roman Catholic Church.

This is where the Dominicans, who defended the strict rules of the ecclesiastical tribunal, used to grow silkworms and produce a very good wine for Mass. It was so nice in fact, that the Franciscans, who were owners of three convents near Moncalvo, were jealous of them. 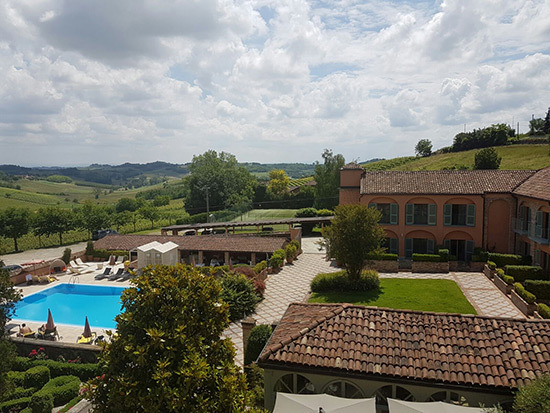 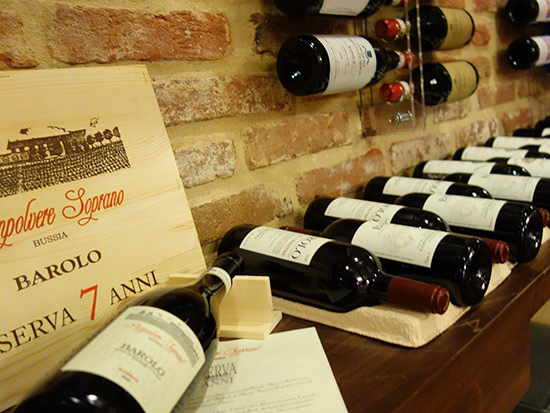 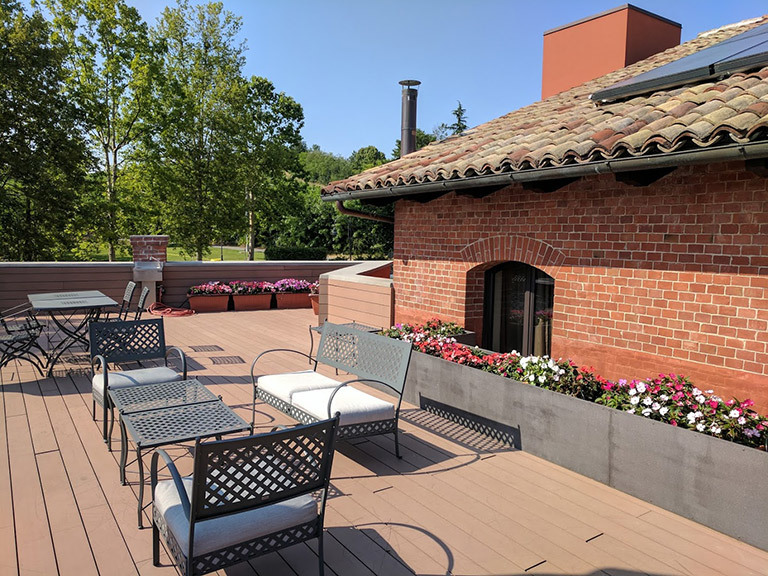 The Relais Sant’Uffizio never stopped. The renovation of the historic restaurant of Cioccaro began in June 2014, ending with the opening in May 2015 of an additional dependence with 13 new rooms, meeting room and panoramic terrace - all surrounded by nature.

This beautiful new building is the Casa Munfrà by Sant'Uffizio - a modern and spacious accommodation which provides home comforts and natural touches. Located just 200 meters from the main Relais Sant’Uffizio property, the Casa Munfrà extension is a contemporary counterpart to the classical style of the former monastery. 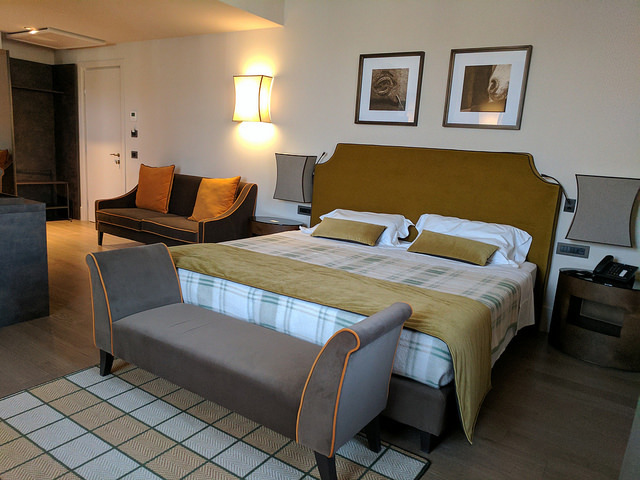 The 54 rooms and suites of the Relais Sant’Uffizio and the Casa Munfrà by Sant'Uffizio have been furnished in the authentic style of the building. The Relais’ rooms and suites feature traditional Piedmontese decor and restored frescoes from the monastery’s past, while the Casa Munfrà’s clean, crisp lines and airy spaces reflect modern Italian style.

The rooms include Relais Sant’Uffizio’s Classic rooms, Prestige rooms, Deluxe Suites and Suites rooms with swimming pools out front, the Junior Suites and classic Suites in the heart of the hotel, plus the Mansards that lean out over the marvellous countryside views surrounding the building. The Casa Munfrà offers Classic Munfrà, Deluxe Munfrà and Suite Munfrà rooms to accommodate travelers, with views onto the Monferrato hills and across the outdoor pools and gardens.

The Sant’Uffizio is always available and active to receive your inquiries and bookings.

WELLNESS AQUANATURA open daily from 10:00am, with a range of hydroptherapy and thermal treatments. SPA entry includes access for external guests who want to enjoy some peace and relaxation. Aquanatura is also a beauty centre where you can book massages and treatments.
Discover AQUANATURA SPA

Nr. 2 OUTDOOR SWIMMING POOL in the beautiful Italian sunshine, open from May to September for relaxation. Access to the pool is included in the room rate for our guests, and available to external guests for a small entry fee. The LAVIGNA SWIMMING POOL is surrounded by the park and vineyard, located in the heart of the Relais.

GARDENIA LOUNGE BAR AND POOL BAR open to all hotel guests and day SPA visitors. The stunning bars are nestled in the hills surrounding Relais, and are ideal for cocktails, brunch or small parties. You can also have lunch here every day between 12:00pm and 18:00pm.

TENNIS COURT open daily for guests who want to play a few sets among the peaceful local hills and countryside. Access to the tennis court is included in the room rate and also available on request for external guests. Equipment can be requested from the hotel if you wish to play - speak to our helpful staff.

These and many other services are offered at the Sant’Uffizio. MOUNTAIN BIKES are available to rent, so you can check out the lovely local countryside. Visit the Limonaia, where guests can start the day with a nice breakfast of local produce, see the Teatro del Vino wine cellar, with more than 300 bottles and stroll in the manicured Italian Garden of the 17th century.

The Sant’Uffizio is the ideal place to rejuvenate and rediscover peace, the silence of nature and the scent of the vineyards. Relax in the enchanting Aquanatura SPA, and enjoy the restaurant La Locanda Del Sant'Uffizio’s dishes and wines which make this corner of paradise famous worldwide.